Whose noodle is it anyway? 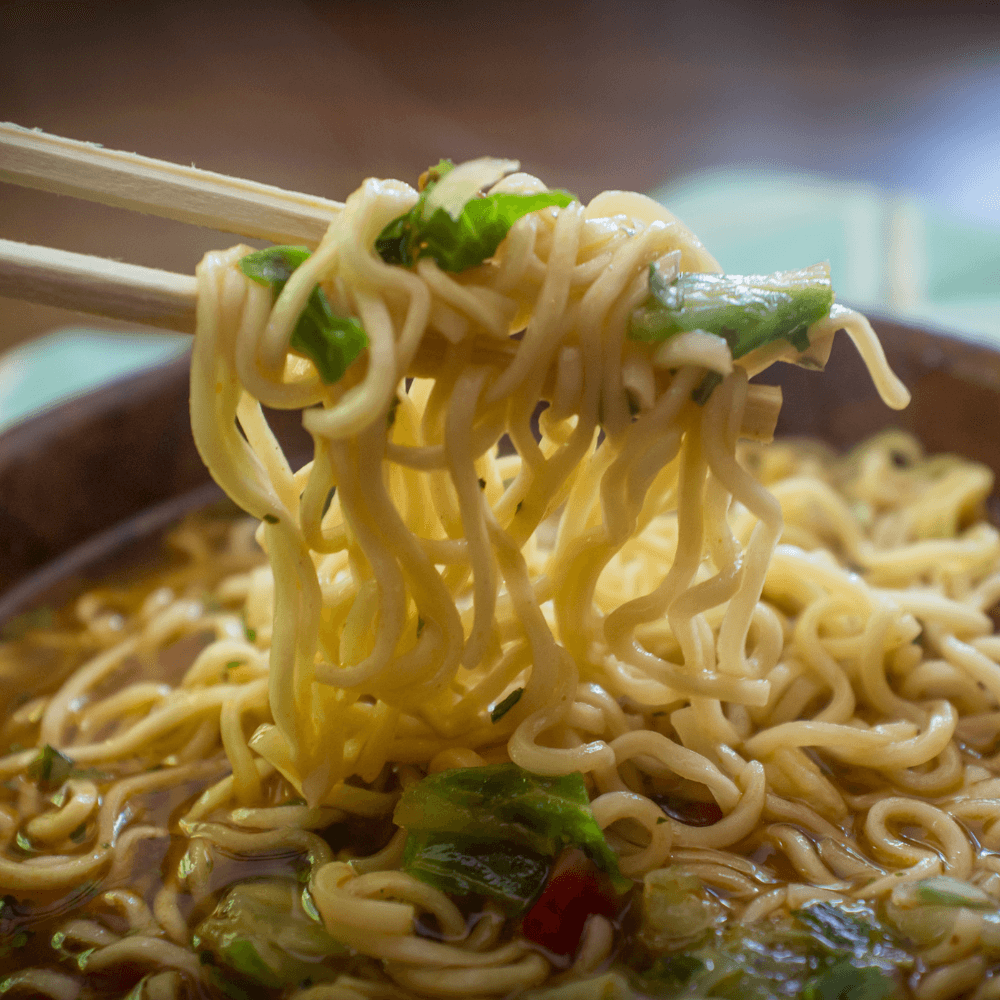 Chinese scholar Zhu Xi wrote several odes during the second century BC, and his Ode to Bing is the longest of his all works, and it gives us the idea about the sense of the origin of noodles and their preparation. These were referred to as bing in Chinese texts. The history of noodles is often debated. It has been widely believed that Marco-Polo took noodles from China to Italy, giving rise to spaghetti, in 1296. The geographical origin of the form has often been debated until 2005. A 4,000-year-old bowl of noodles was excavated at the Lajia archaeological site in northwestern China, showing it to be an example of one of the world’s most loved foods. Researchers and historians have concluded that like many foods eaten universally, the noodles were not born and developed in one specific geographical location but evolved simultaneously in many parts, with similarities in local ingredients.

One can see variations of the noodles in various cuisines. How these noodles came to be was an evolution of cooking style and ideas over time. So did we Indian’s develop our own form of noodles? The answer could be both a yes and a no. India’s culinary history with traders and conquerors, the noodles were introduced via our interactions with the outside world.

Noodles were first introduced in the Northern Indian kitchen as sevai or vermicelli- via a trade with Persian and Arabians on the Silk Route. The Reshteh polo or Ruz bil she’reya, which came from Persia and Libya, is a pulao made with thinly-sliced noodles having a strong resemblance to seviyan biryani and upma. The faloodeh from Persian found its spot in Indian cuisine as falooda, served along with kulfi and vermicelli. The recipe for she’reya bil haleeb from Egypt translates to vermicelli dipped in milk and is similar to our kheer. The noodles journey in India did not actually stop here in North India.

Assamese anguli pitha, a popular evening snack, is made up of short, fat, steamed rice flour noodles; cooked with tomatoes, onions, and green chillies that could have been inspired by noodles. Another example is the Chinese bee tai bak, also known as silver noodles. It is prepared with flour dough, ground rice and is pushed-through a sieve directly into boiling water.

We can see another example of the noodles journey in the sutterfeni, a flaky dessert made of thin, coiled noodles, and fried in ghee and is topped with melted sugar, almonds and pistachio. Sutarfeni or sutarpheni, famous in Rajasthan and Gujarat, are often eaten during Makar Sankranti, and Ramzan is often considered the Indian avatar of the Persian pashmak and the Turkish pismaniye. Both are sweet dishes featuring delicate slender strands of fried dough having a resemblance to cotton candy.

There are mentions of the first records of vermicelli in Hebrew texts in the 13th century as vermishelsh. Several recipes from the west of India mention the use of vermicelli. Mithi sev of Gujarat, the Khimami seviyan and Parsi Sev are famous in North India and include sugar, almonds, cardamom and ghee in their preparations. According to KT Achaya, an Indian food historian, there is a mention of sevika, the much-loved snack, the crisp fried noodles made of besan flour, in a 12th-century Sanskrit text Mânasollâsa. Even though these noodles vary across the world, there is always one factor that remains common, shape and form.

The story continues, even down the south. It is quite logical to assume that idiyappam or the string hoppers came to India via a trade with southeast Asia, and it is also interesting to note that idiyappam was mentioned in the 5th century AD, Tamil Sangam literature. Idiyappam is known by different names in different regions. Kerala Syrian Christians, Tamil Muslims and Sri Lankans enjoy it as idiyappam. But the Kodavas of Karnataka knew the dish as nu-puttu, and the people from Udupi know it as semige. The Malaysians refer to it as puttu mayam. During Ganesh Chaturthi and other similar occasions, Shiravlya, a festival dish, is offered as a prasad.

Indian obsession with noodles is not something that was found only in traditional texts. The story of Indian obsession with noodles will be incomplete without the mention of Maggi. India ranks third, globally, in its consumption of instant noodles, as per the World Instant Noodles Association (WINA). Even after the ban of Maggi in 2015, India is its biggest market. Maggi packs are available from college canteens to even hill stations like the highest peaks in Ladakh. Maggi has recently introduced the new series of ‘Nutrilicious Noodles’, cashing in on a new health-conscious eating trend. They also have sweet corn noodles, oats masala noodles and atta masala noodles included in this trend.

Another trend is the rise of gluten-free, low carb diet noodles. Khloe Kardashian has tweeted about zoodles- a term introduced for zucchini spiralized to resemble noodles, which received the ultimate celebrity stamp of approval. After this, food bloggers and nutritionists embraced the power of zoodles, coodles-for carrot noodles, swoodles-sweet potato noodles. And all these varieties are gluten-free, which contains vitamins that regular noodles do not provide.

The fascinating thing about zoodles is that it has been able to turn an old form of food into a contemporary trend. Contrary to this, many Indian noodle variants are slipping into the unknown because they seem very old-fashioned. These could become aspirational if they are elevated by restaurateurs or chefs. It might do us some good if we propagate our own regional culinary vocabulary with simple and more accessible names. For example, the Maharashtrian Krudai, noodle-like papad, could be marketed as a sundried wheat noodle. Sometimes the best way forward is to roll with time, just like the noodles!